This is the last birthday post. Finally! I'm falling behind. We gave Ian his first bike for his birthday. We didn't think that Ryan would be home at all during the boys' waking hours on Ian's actual birthday so we took him out to ride his bike the day before his big day. Ian chose the bike at Toys R Us the week before so it wasn't a surprise. He waited patiently for the chance to ride it for the first time...especially considering it was in the back of the van for that entire week! 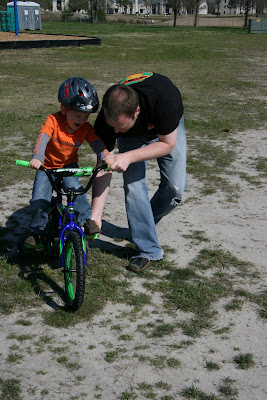 Ryan is trying his best to explain how to use the pedals to Ian. Ian isn't the most patient child in the world. He has two other tricycles, but never bothers to pedal. I guess it slows him down??? 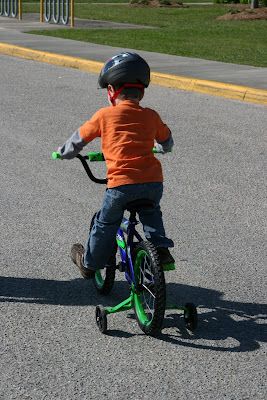 Ian is giving it a try on his own. I think we need to lower the seat a little because he was definitely struggling with the pedals. 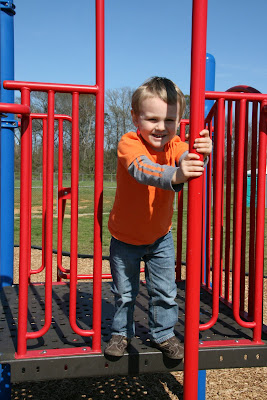 We should not have taken the boys to a new playground for this first bike lesson. Ian could not jump off the bike fast enough to go play on the playground. 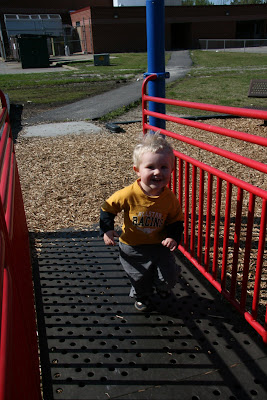 Nathan loved running up and down the ramp while I took pictures. Sometimes he cooperates...most of the time he does not.
Posted by Melissa at 2:01 PM

How exciting for a bike!

Ian looks so cute and 'grown up' on his new bike. What memories we have of you on your 'pink' bike. So much fun. :)