Man, had I known the secret to receiving photos during deployment was having kids I may have had kids sooner. Ryan even included photos with him in them! That's a first!!! 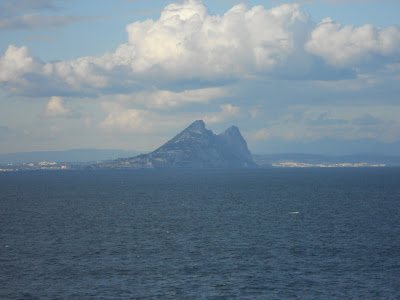 The Rock of Gibraltar. Considering Ryan only has a point and shoot Nikon Coolpix underway, I think this is a pretty great shot of the Rock. It also indicates just how close the ship must have been while taking this picture. 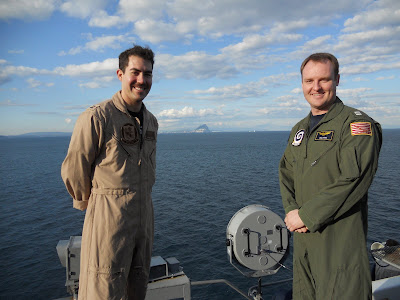 Ryan and a friend of ours from Ryan's college years who just happens to be attached to one of the other squadrons in the airwing. Notice our friend's UGLY mustache. The aviators just LOVE to have these awful mustache-growing competitions underway. Notice that Ryan isn't participating. He's not a party pooper, but he does respond well to threats made by me. Love you, Ryan! (I'm assuming he reads these posts in port...I could be wrong). 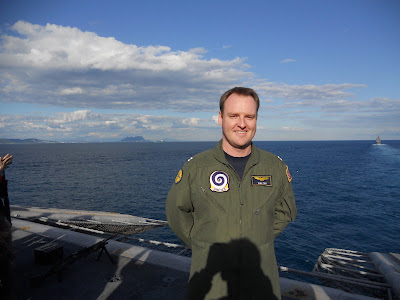 While showing the boys this round of photos from Dad, Nathan kept waving at the computer screen saying, "Hi, Dad!" We were lucky enough to talk with Ryan via Skype twice while he was in Portugal (really 3 times, but the drunken evening full of his co-workers doesn't count--the kids were lucky enough to be asleep for that one) so I think that Nathan thought that Ryan could hear him. It was cute and heartbreaking. He tells me every single day how much he misses his dad.
Posted by Melissa at 6:41 PM

Now if that doesn't bring a tear to our eyes, nothing will. How adorable of Nathan. Great pictures.

How cute that he is trying to talk to the computer! Zoey does that on messages... she says, "They're not talking back!" Love to you all.