Oh, my goodness. It's still January and I have already fallen behind. I promise that I have been taking photos every single day and I will upload our daily pictures as soon as I have the chance to make them smaller, etc. In the meantime, enjoy some photos taken by the media people on the Enterprise and a few photos sent by Ryan!

Here is a photo taken from the USS Enterprise Facebook page of the ship out to sea on 17 Jan 2011. I just LOVE that huge American flag flying proudly. When we were stationed in Bremerton and I would be waiting on the pier for the Vinson to return, the flag was the first thing we could see before the ship rounded the corner to head to base. The screams that would erupt from the thousands waiting on the pier were just awesome. 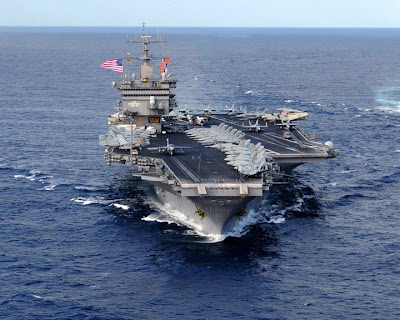 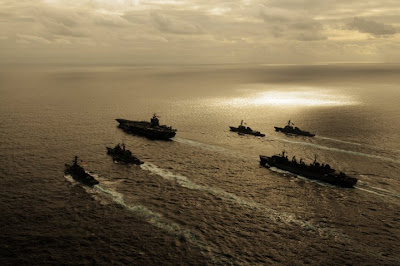 Prior to Ryan deploying I made a note to take a picture of him in uniform standing next to his name painted on one of the squadron's planes. Needless to say, I completely forgot about this until it was too late. Nice guy that he is sent a picture of the plane to me today. Next time I hope he is IN the picture! 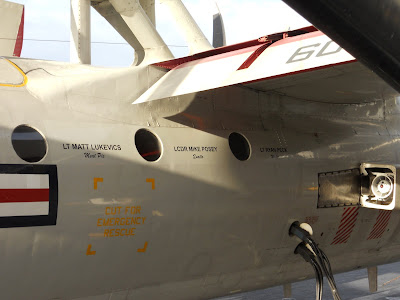 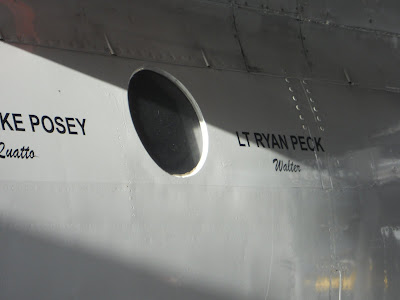 Ryan also sent this picture of the F-18's on the flight deck. How they don't end up bumping into each other while moving about still amazes me. 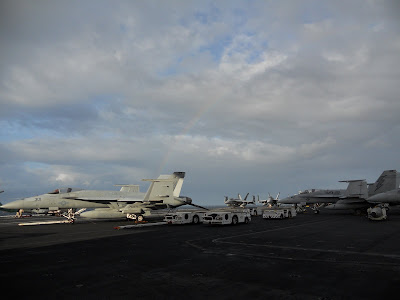 I have been checking in and am still waiting for some pictures with cute faces in them, but these are pretty amazing place holders! WOW!

These are great pictures and seeing Ryan's name on the aircraft gave me goose bumps....