On day three at Disney we went to the Animal Kingdom.  The Animal Kingdom was a rather new park when we went to Disney for our honeymoon almost thirteen years ago, but was immediately my second favorite park.  I was hoping with the additions the boys would love this park as much as I did.
Posing for the requisite cut-out picture. ﻿ 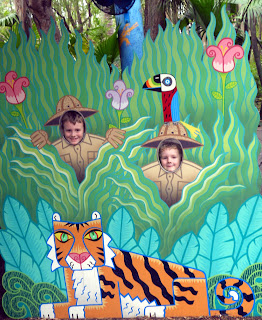 Nathan was most excited to see a rhino on the safari adventure.  We had to make sure to capture a photo of this moment.﻿ 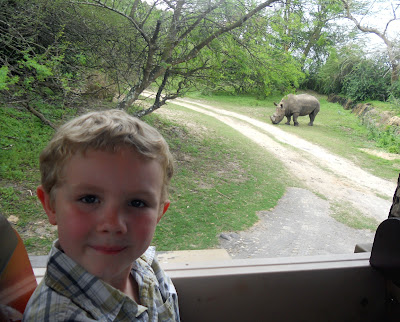 Goofy as always, on the lookout for more exotic animals. 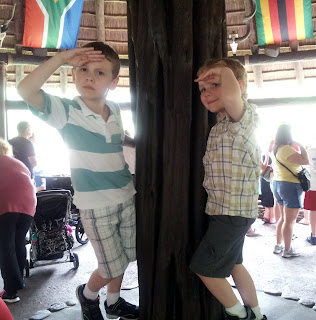 After a short train ride it was time to climb on some elephants, of course!﻿ 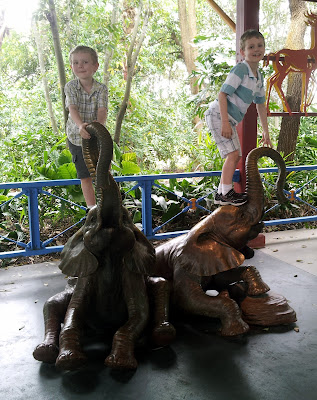 ﻿
The petting zoo remains my second favorite attraction at Animal Kingdom.  I can go around the corner and brush goats, but somehow it is far more awesome at Disney.  The boys had a great time catching up to various goats to give them a pet or brush. 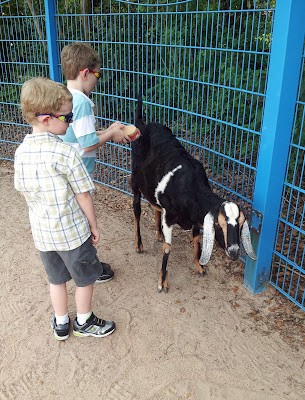 The boys were drenched after riding the Kali River Rapids.  Seriously, it took us hours to dry off.  The similar ride at Great America was more exciting, but this one definitely guarantees you will get wet! 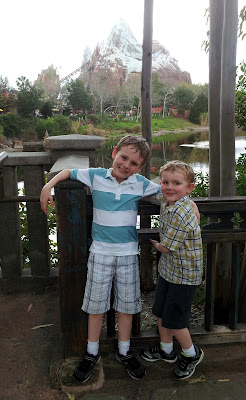 For dinner this particular evening we decided to head on over to the Animal Kingdom Lodge for the buffet at Boma.  Oh, my goodness.  We ate ourselves sick.  The food and variety was incredible.  I am full just thinking about that dinner.
Before dinner Ryan and I picked up some coffee and took the boys outside to check out the animals on property.  Ryan was able to teach some Swahili to Ian and then practice a bit with one of the employees originally from Tanzania.﻿ 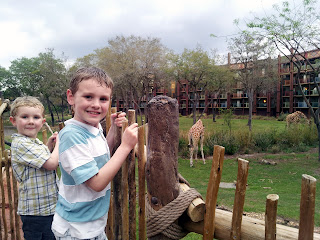