This ridiculous deployment is finally nearing it's end. The ship is on its (long) way home after much detour and delay. We've rather happily survived 160+ days apart...I don't keep track, but my friends do. In fact, I won't begin counting down until we're under a week because I never really believe it's real until the ship is in the open ocean, preferably halfway across said ocean. To "celebrate" I'm sharing some pictures of Ryan's adventures. My adventures are more of the cleaning and reorganizing variety (Ryan is probably going to want his dresser drawers back) and not worth photographing.

Ryan while flying. The boys love seeing pictures of daddy in his uniform and flight gear, however, they failed to recognize him in all this gear the last time he stood directly in front of them in the hanger. Kids are funny. 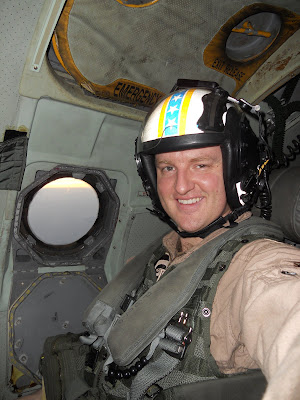 The Big E posted the following two pictures to their Facebook website. Don't know if you'll notice, but I'm 99% sure that Ryan is one of the two guys standing up in the green flight suit in the picture below. Only wives tend to notice things like this when flipping through tiny photos posted by strangers. 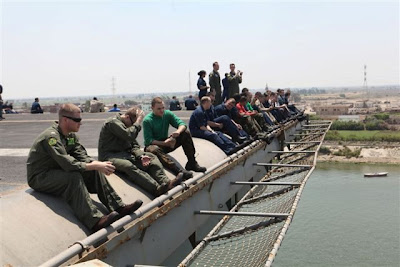 The ship while it transits the Suez Canal for the second time this deployment. Yay!!!!!!! 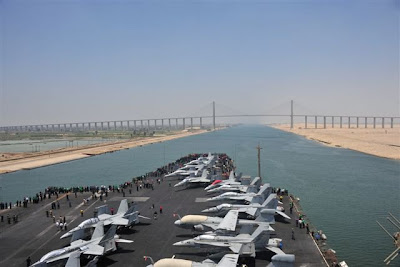 Beautiful Souda Bay, Crete. The ship was only in port long enough to load supplies and mail which leads us to... 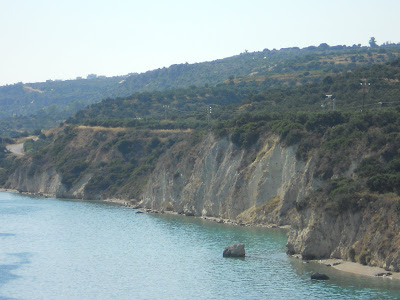 Ryan showing me some love and appreciation for his most recent calendar square. These hang in the ready room (the squadron's office, so to speak) and he did not really appreciate pictures of us from middle school, high school and one in his dress whites back in 1999. Whatever. I thought it was fun. His sense of humor must have been left behind during his last port visit...70+ days or so ago??? 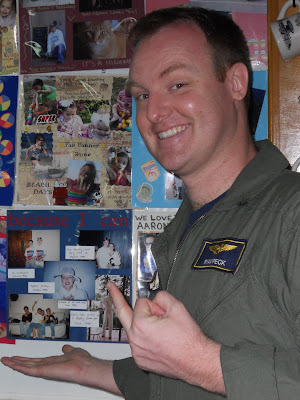 Despite all the jokes and sarcasm, we love and miss Ryan very much and can't believe how lucky we are that he will finally be home soon (soon, in Navy wife terminology). Keep your chin up, Ryan, and keep enjoying the delicious coffee I send your way as it's the very least I can do for you to help get you through these last weeks!
Posted by Melissa at 10:54 PM

So glad to hear he'll be home soon! You're a super mom to keep it all going while he's away.

Those are fun photos my boys liked seeing them, too.

Missy - you are so amazing!

Rob is leaving for one month and I'm not sure how I'll survive. You and your friends are so incredible...

And you are SUCH a great mommy!
I wish we lived closer and could be invited to your play dates. They look like so much fun!

Yeah! for almost-over deployments. You truly are amazing and we hope the next few weeks go by quickly!

I have no idea how you do this! You really are amazing. I LOVE the calendar square you sent Ryan! SO great!!! It is obvious that you two share a good laugh between each other. Such an important thing to do when you are so far apart. Glad he will be home soon!!