Before I begin my rant, can someone please tell me if play date is one word or two? I see it both ways so often that I can no longer figure out which was is correct. This bothers me to no end.

Here are some photos from yesterday's play date at the library...the one that ended with me in tears in the parking lot once the boys were strapped into their seats. None of the photos capture the experiences that upset me. This is not because I'm trying to paint a delightful picture of our lives, but because I was so frickin' busy trying to make everyone happy (and failing miserably).

The boys and I always have a talk before we go to these things. I ask Nathan if he wants to go and he always says that he does. I remind Ian that he is not to eat anything unless I give it to him. We discuss that there is NO running and absolutely NO screaming. All parties agree to the rules. And then we arrive and it's chaos (the other kids/moms are almost always partly to blame). 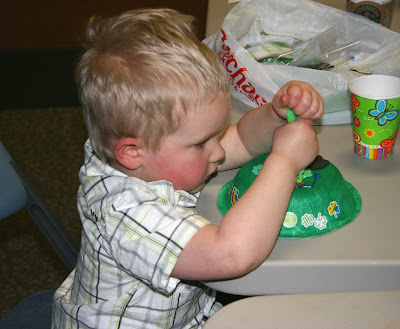 One of Nathan's peaceful moments when he happily worked on his hat/bowl. This boy loves his crafts. He would have stayed and worked on this hat for another hour, but everyone around me felt the need to clean up and leave. 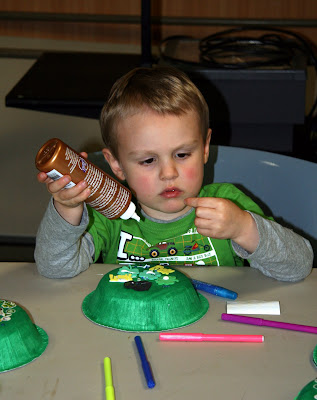 Ian also enjoyed the hat craft. In fact, he made three hats! 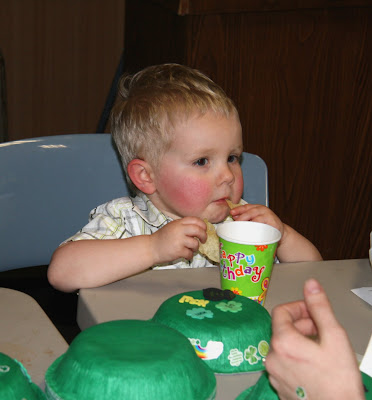 Since I had to welcome new members to the group, help with cleaning up the room and keeping track of all the other kids working on the craft, I bribed Nathan with chips. This worked better than I expected.

Nathan screamed his head off for the majority of the first hour of this event. Why? I don't know!!! He doesn't really like people, he certainly doesn't like people to touch him and he doesn't like it when things get too loud. He has what I have labelled, "only child syndrome" despite not being an only child. He likes the three of us and a few select friends, but he seems to just want everyone else to GO AWAY! And he will scream this at you if he feels you deserve it.

Ian, on the other hand, loves people. He also loves food. So what does Ian do at all of these large gatherings? He steals food and begs other people for more food. Every time I turn around someone else has given that boy another cookie or he's helped himself to a handful of grapes. I used to feed him before all of the food-centered play dates, but he would still eat more than his fair share and I worried he would end up sick to his stomach. 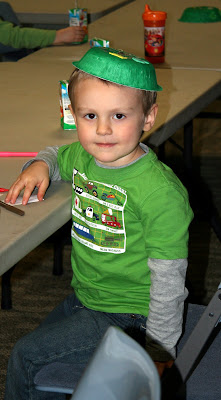 Ian, always willing to pose for a picture.
Posted by Melissa at 12:20 PM

I vote for one word! Even though Word tells me it's not. You need to learn to be selfish. J/K!!! =) It's obvious how hard you work to cater to everyone's needs. You're doing a phenomenal job as a mother to your boys. (You remember that because when they turn twelve, they'll forget and probably won't remember for another 15 years.) Let me put it to you this way; You know what an extremely paranoid person I am and you are one of the few people in this entire world that I would completely trust my children with. =)