Right before the ship was scheduled to deploy, the three of us helped Ryan take his last load of belongings aboard.  We wanted the chance to see his new stateroom (that he only shares with one other guy!!!).  I think it helps the boys to see where Daddy lives when he's away from home. 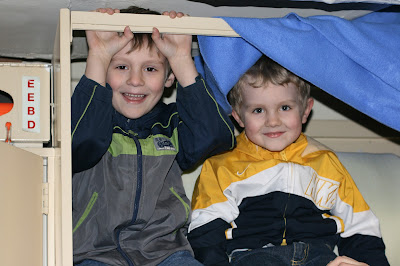 They had a great time hanging out on Ryan's top rack and posing for pictures with Daddy in this cramped space. 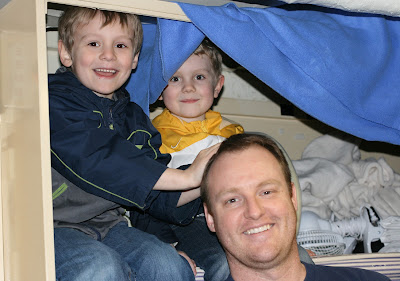 The following day the four of us returned to see the ship as it pulled away from port.  This is the first time Ryan has flown aboard the ship with the squadron as opposed to heading out to sea with the ship.  I'm sure it must have been a little odd for him to watch the ship deploy without him...although he was "lucky" enough to fly aboard just a couple days later. 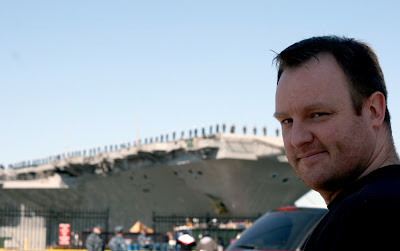 We rushed around the corner to attempt to capture one picture of the boys with the ship (and not crowds of people and cars) in the background as it headed out to sea. 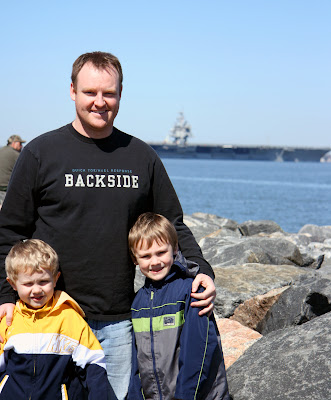 Our last stop for the day was the squadron to snap a few photos of the E-2's before they deployed.  Ian was very excited when he finally spotted Daddy's name on one of the planes. 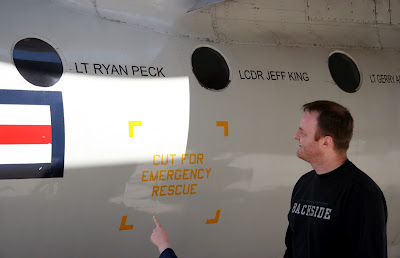 Of course, I made the three of them pose for yet another photo on this exceptionally sunny day. 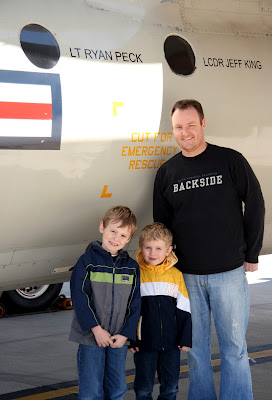 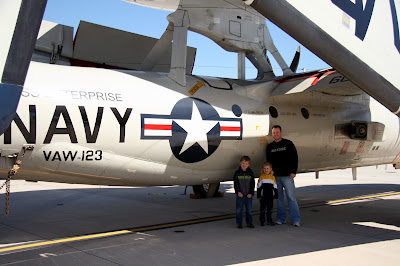 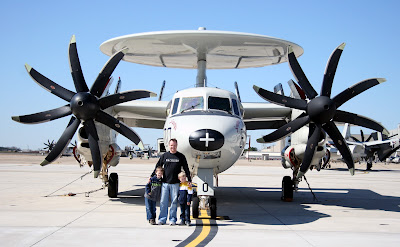 What cute pictures. This way the boys can relate to where Daddy is. Clever. All good pictures. The boys are always smiling. Happy little guys aren't they?