We have been very busy trying to play outside as much as possible. At times, the heat and humidity is too much for us, but for the most part the weather has been rather pleasant. We've explored some new parks in the area, but more than anything the boys love to play in the water. I love it because I can water the front lawn, read a magazine and the boys are entertained at the same time! 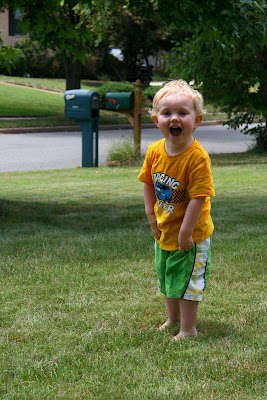 Nathan clearly enjoys this funky little sprinkler that I picked up at Target. 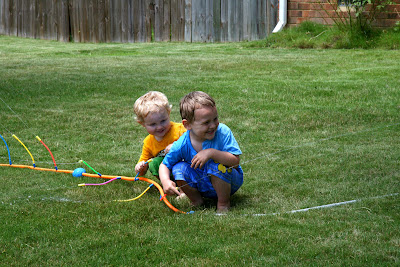 As usual, here the boys are trying to torture each other. No one was yelling at this point. 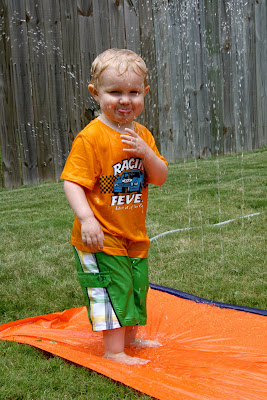 Nathan was too chicken to ever attempt the water slide. He had fun playing in the built-in sprinkler, but absolutely would not slide down the thing. 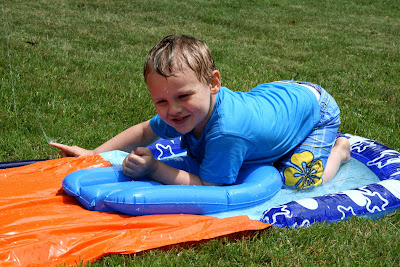 Ian tried to slide down a few times, but he preferred just hanging out in the water that pooled at the end of the slide. They can be such strange kids. 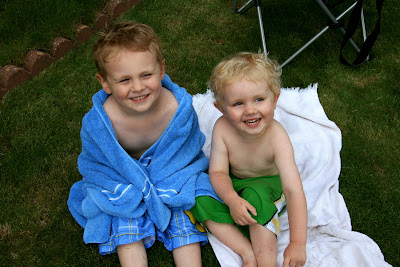 The boy's look like they are having a ball! Such a good idea. So much fun to play in the water. Wish I could have joined them. So HOT up here.