Pictures from Christmas morning...finally! (Sorry it took me so long, mom) 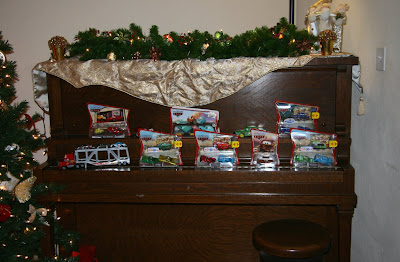 All they want for Christmas...cars, cars and more cars! 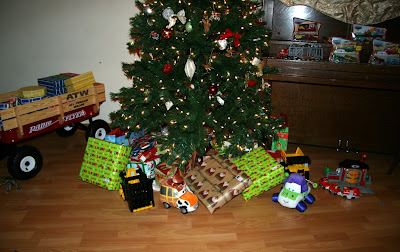 Some other stuff we found and put under the tree. 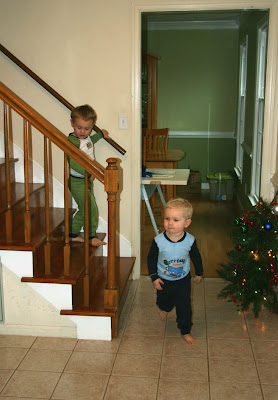 It wasn't until they were almost at the bottom of the stairs that they realized something was different about this morning. 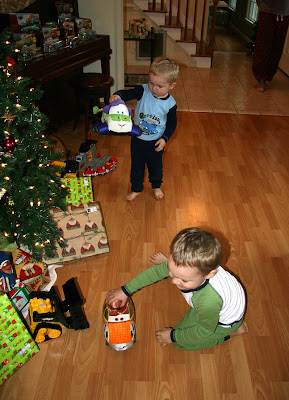 Initially, all the boys noticed were the two Toy Story stuffed cars. They were thrilled since these reminded them of their very own halloween costumes this year. They each sleep with their respective stuffed toy at night. 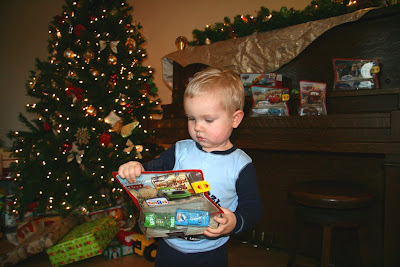 Nathan asked for "green Chick Hicks" at least twice a day for the month leading up to Christmas. We already had one, but somehow it was lost and he wasn't able to properly re-enact the scenes from the movie without it. (I already have a second back-up ready to go for his birthday in February). 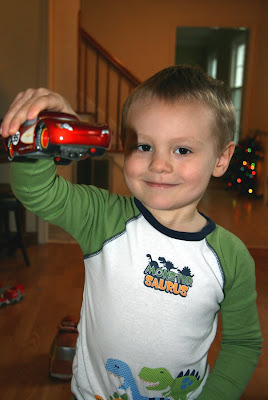 Ian, showing off his "Mommy Special Lightening McQueen" as he likes to call it. It's the "mommy" to the smaller version of the same car. My kids have cars instead of dolls. 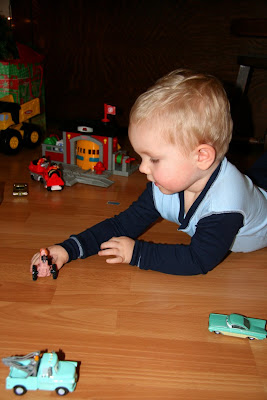 Nathan, tractor tipping. We have to record this and figure out how to share that video with everyone. The sound effects are adorable! 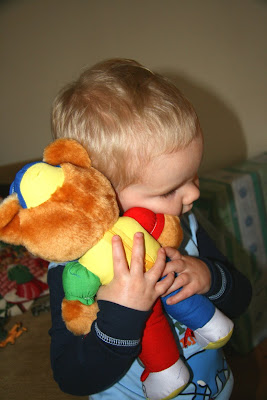 Nathan, hugging his new bear.
Posted by Melissa at 8:10 PM

very very very cute! Your boys and Zane would get along really well! Cars and more cars!

So cute! What fun gifts...they were obviously very special and thoughtfully chosen.

I TAGGED you! Check out my blog to see what you have to do. I did it because I think you love pictures as much as I do...from your scrap booking!

Such darling pictures. Remember when I had to practically drag you down the stairs to see what Santa had brought? You just wanted to go back to sleep! I was more excited than you were...grrrr.
*Mom.